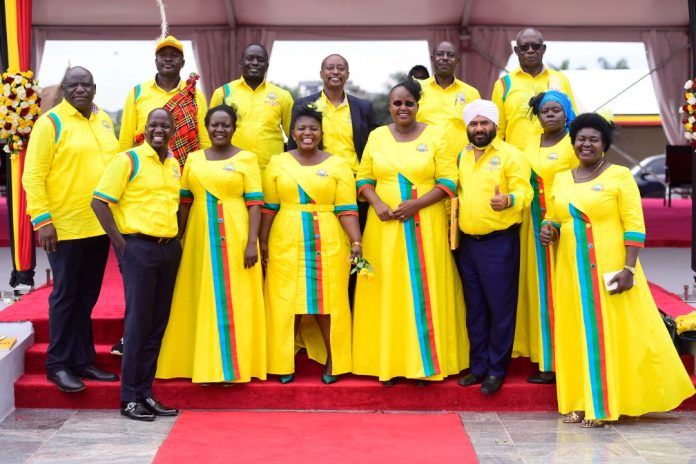 Many people never jump into the ocean of their dreams because they feel they must have every possible answer before they leap.They ask, “what is the direction of the wind? How many seconds until the water?

How many breaths to take before the plunge?
What is the precise proper Ange of entry?
Is any one else jumping?
How many have jumped before, how many stroke to the shore?
Surely this is the philosophy of the Speakership race in this country Uganda.

There is a line between gathering information and taking action.
Without making attempt, without trial and strife,there remains no true achievement and certainly not legend whoever we celebrate today was given chance to exercise a role and they did it, if we do believe and practice continuity, then Jacob Oulanyah should be given time to replace Kadaga as the speaker. In doing that,we shall have honored a custom of consent building. The unwritten law about Speakership in NRM wasn’t honored by Jacob Oulanyah b’se he couldn’t rebel against CEC but he simply demonstrated how a good listener he had become. And so the history is yet to either be set straight or bent, depending on how CEC will honor or betray its unwritten law of consent once referred to 2021 for Jacob Oulanyah to contest for Speakership.

Once Kadaga asked NRM CEC to allow her complete 10 years like her predecessor Sekandi as once Speaker. Today Kadaga is everywhere that she still wants another term as Speaker of Parliament,one thing she doesn’t remember is that even NRM CEC wants to be on record for honoring the unwritten law. Kadaga also forgets that sometimes excessive greed if not checked leads to health complications likh or low blood pressure as a result of frustration. But she could avoid such by remaining to a clear conscience that she pled for the status quo to maintained in 2016, and the status quo was in her favour .Surely,Kadaga shouldn’t ever blame anyone in CEC if today they decide that Jacob Oulanyah should be the NRM flag bearer for speaker of Parliament of Uganda. And her threat that without her M7 wouldn’t appear on a ballot paper as a presidential candidate, is nothing but a basless talks to achieve a favor. Assuminng position of a natural being is too much. Only God knows the plans for each of us and what will happen to each creature,unless otherwise. But we should know that thunder strikes no church.

When Kadaga bases her greed that Jacob Oulanyah should not be the Speaker b’se Chief Justice comes from Northern Uganda, it is purely deficiency in knowledge of Uganda’s history since Uganda ever had a Chief Justice in the name of Justice Odoki , Vice President Speciozia Wandira Kazibwe and Speaker of Parliament of Uganda Wapkahbulo, all come from Eastern Uganda. Just an additional case is the position of former Chief Justice-Bat Katurabe coming from the west, cognizant that the President also coming from Western Uganda.Ugandans never complained and we continue to liv e peacefully while appreciating our heterogeneity.

If the justification has been on voting NRM, in 2021 Acholi entered in the history for voting NRM MPs in most known constituencies like Aswa-Gulu district and Agago Women Mp seat. Acholi voted NRM b’se of the PRDP effect and probably gotten fed up with politics of deception as once a staunch FDC leader in Acholi admitted. Another factor was the options presented childishness except Norbert Mao who preached national reconciliation and reclaiming a future through national reconciliation which remains the LCM of Uganda as a Country. But for some reason ,Acholi joined Lango ,West Nile and Karamoja to vote for M7.

And so the candidature has the highest stake to attain a victory in the Speakership,since Jacob Oulanyah himself is very calm, patient and sober. He is a good listener any head of state would admire to work with.

We all know that a will is not written in the name of the eldest son or daughter but in the name of the most loyal, patient and humble child regardless of age. And so it’s not how late Acholi joined to vote or when Jacob Oulanyah left UPC for NRM.If NRM isn’t a mass party, it would have ended with NRA.

Jacob Oulanyah, God alone in Jeremiah 29:11 knows the plans He has for you. But by the time you were asked by CEC to wait for 2021,God was already using them. And today again God will remind them to remember their decision to refer you to contest for Speakership in 2021.

Jacob Oulanyah, I wish you good luck to be the Speaker of Parliament of Uganda.

Intelligence Briefing: Why the Mafia wants to ‘Kill’ Deputy Speaker Anita Among 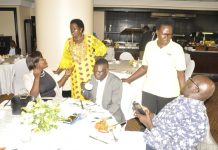 We have not been Breathing under Kadaga Leadership- MPs